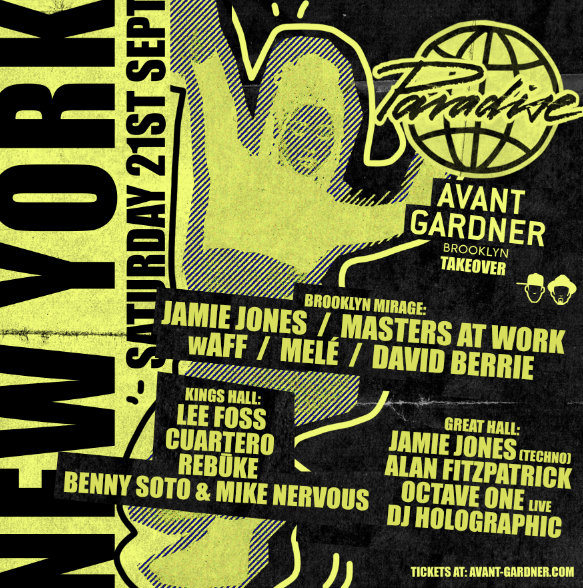 Across three stages, 13 artists will spin the rooms inside out — including four Paradise debut performances from DJ Holographic, Octave One, Benny Soto & Mike Nervous AND Alan Fitzpatrick’s debut at the Brooklyn Mirage.

Curated for pure elevation, this show will be both Jamie’s and Paradise’s ONLY show in NYC this year – and MAW’s first NYC show in four years – so don’t miss!